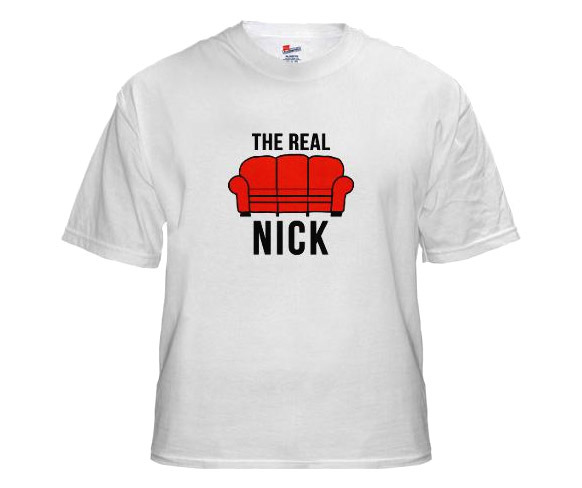 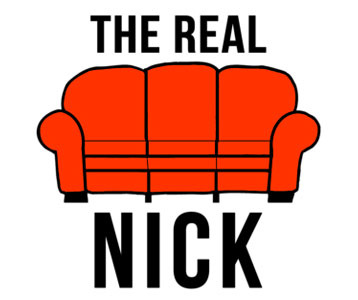 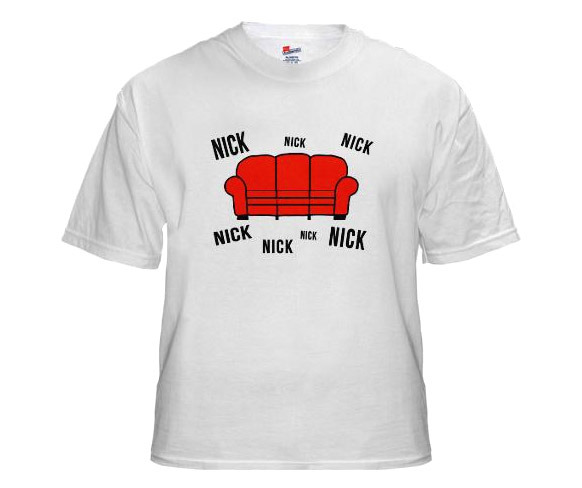 This Orange Couch Nickelodeon t-shirt was designed for people who grew up in the nineties watching the hit TV shows on Nick and SNICK on Saturday nights.  I am one of those people and with Nick airing their 90s lineup again, you can be too.  Take a seat on the big orange couch and enjoy the tee as you watch some of your favorites.

SNICK was a two hour period of Saturday nights (8 to 10) that ran the best shows.  For twelve years, they ran hits that included The Adventures of Pete and Pete, All That, Ren & Stimpy, Roundhouse, Rugrats and The Secret World of Alex Mack to name a few.  The Big Orange Couch on SNICK was a mascot of sorts.  It was used in show introductions and was viewed as the place to be on Saturdays…on your couch watching.  It worked and the cushioned wonder got a following of its own.  If you can sing the little jingle, “Nick, Nick, Nick, Nick, Nick, Nick, Nick…Nickelodeon” to the appropriate tune, then you were meant to wear this 90s Nickelodeon t-shirt.  Now that they have brought back our beloved childhood shows, maybe the couch will make a return too!  After all, those were the days of the real Nick.  We can only hope.