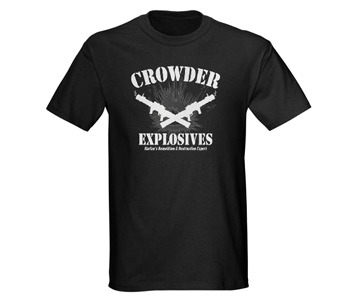 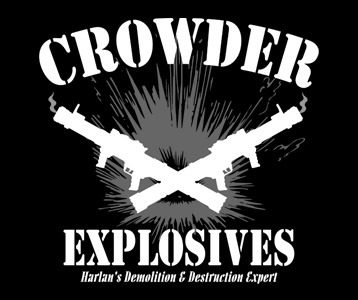 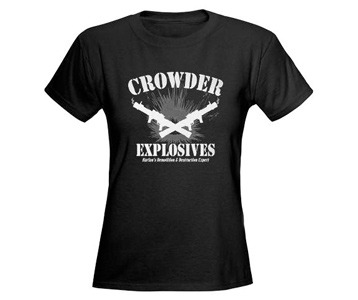 If you’re hooked on the TV show Justified, this Boyd Crowder t-shirt celebrates one of the show’s most popular characters.  As one of Harlan’s most well-known criminals, Boyd (Walton Goggins) went to jail and found religion.  He emerged as a born again leader of men, preaching his own religious beliefs to his followers or “flock” as he calls them.  This Crowder Explosives shirt lets everyone know that you’re a follower of Harlan’s new messiah.  Support Harlan’s demolition and destruction expert, who has been known to use a rocket launcher or two to remove his competition and destroy his enemies.