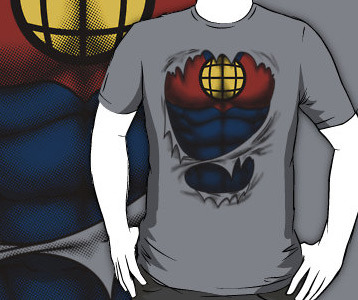 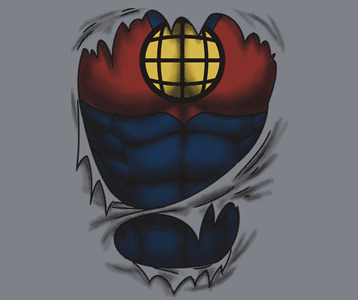 The power is yours in this Captain Planet t-shirt that displays the superhero's recognizable sun-colored globe logo, red chest and blue abdomen. If you were a fan of the cartoon, then you recall that Captain Planet assisted the Planeteers who were a group of kids from around the world. Each youth was given one of five magic rings by the spirit of Earth. When possessed, four of the rings gave the kids the power to control an element of nature, and the fifth ring controlled the element of Heart. This Captain Planet Costume t-shirt lets everyone know that you are the superhero that the Planeteers call when they can't solve a situation on their own. If an Eco-Villain is threatening Mother Earth, this costume just might inspire you to fight for her honor.

This t-shirt was discovered at NeatoShop.