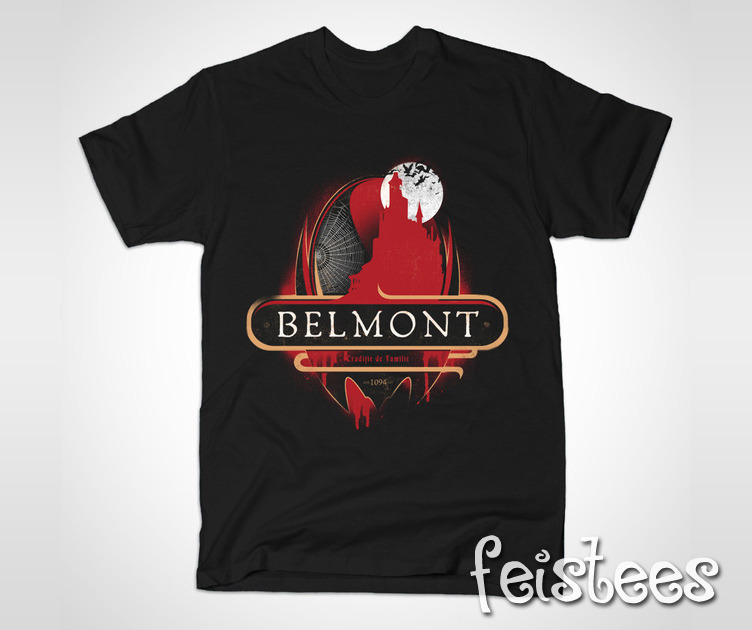 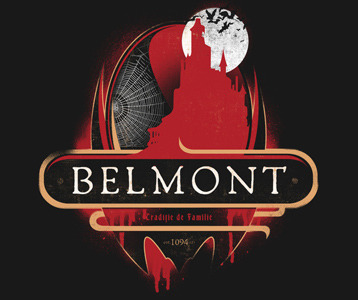 If I told you the story of a vampire hunter named Simon Belmont, who was a descendant of the Belmont clan, a long line of vampire hunters, and I told you that Simon slayed vampires with a whip called the "vampire killer", threw daggers, axes, bottles of holy water, and a cross boomerang, you'd probably think I was pitching you the plot for a movie or TV show. Instead, I've just described the story that unfolds in the video game represented by this Castlevania t-shirt. The first installment of the legendary Konami Castlevania video game franchise was released in America in 1987 for the Nintendo Entertainment System. More than 30 Castlevania sequels have been released since for various consoles. Let everyone know that you've battled Dracula by wearing this Simon Belmont shirt that makes you one of the Belmont clan.