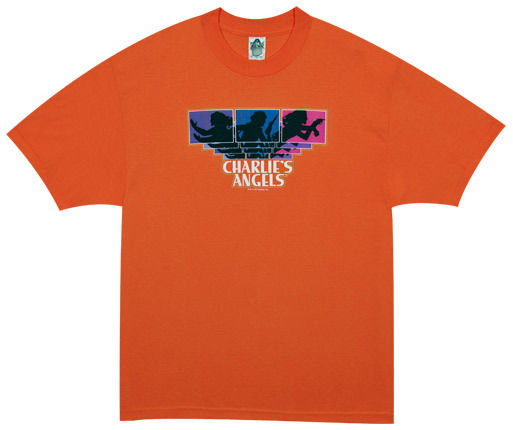 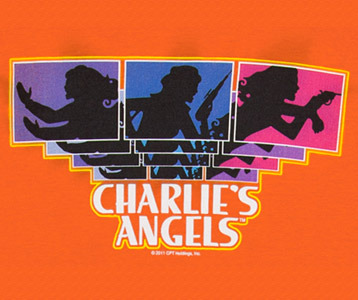 Once upon a time there were three little girls who went to the Police Academy.  Do you know who they are?   These lovely ladies include Sabrina Duncan, Jill Munroe and Kelly Garrett, who together now work for a mysterious man named Charlie.  If their seventies style sets your heart afire then so will this classic Charlie’s Angels t-shirt.  There is nothing like a nice hot tee to start the day.  :)

The TV show Charlie’s Angels debuted in 1976 and starred three gorgeous young ladies who went from working boring, unfulfilling police jobs reserved for women to becoming butt kicking private investigators.  The first season’s cast included Kate Jackson as brainy Sabrina, Farrah Fawcett Majors as sporty Jill and Jaclyn Smith as street smart Kelly.   While most people automatically think of Farrah when the show is mentioned, she was only a part of the cast for the first season; yet, it is the inaugural season that is still credited as being the best of the run.  This Charlie’s Angels shirt features the original trio fans adore with the silhouettes seen during the TV show’s introduction, including Kate on blue holding a rifle, Farrah on pink holding a revolver and Jaclyn on purple doing a karate chop.  Reminisce about the good old days or watch the remake with friends in your new swinging gear.