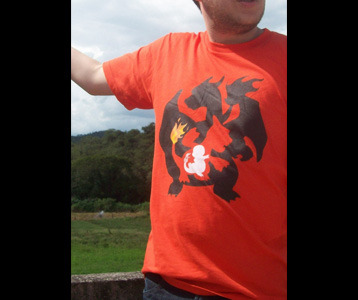 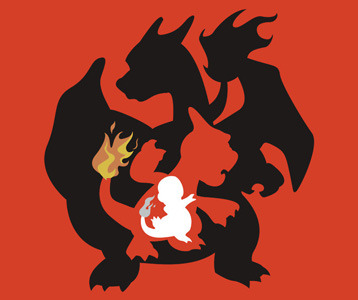 This Charmander t-shirt depicts the Pokemon character at various stages of its life cycle.  It emerges in its pre-evolved form during which time it is known as a Charmander.  After it gains experience from battles, it then evolves into a Charmeleon and finally a Charizard.  The most notable aspect of a Charmander is the flame that burns at the end of its tail, which can be seen on this Charmander Pokemon Evolution shirt.  Should the flame ever go out, the Charmander would no longer be alive.  Fans will recall that the character first appeared in the Nintendo video games Pokemon Red and Blue.  Wear the Charmander shirt to display the evolution of the Lizard Pokemon.