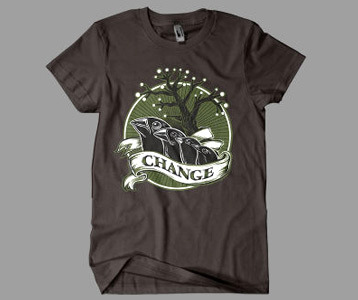 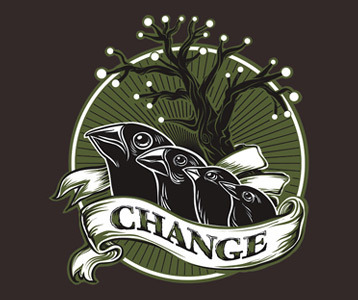 Whether or not you agree with English naturalist Charles Darwin’s theory of evolution, there’s little dispute as to whether Charles Darwin possessed an intelligent mind.  This Tree of Life t-shirt from artist Kari Fry displays the evolving and adapting finches that Darwin observed during his exploration of the Galapagos Islands.  He theorized that each finch species came to be through an evolutionary process that he called natural selection.  Basically, the birds that possessed certain qualities or mutations that made them better suited for their environment than other birds in their species would thrive and eventually grow in numbers to form a new species.   The original species would either die off and become extinct or remain in existence as a separate species.  This became the basis for his idea of evolution and the Tree of Life.  This Galapagos Finches shirt represents this theory.  The branches of Darwin’s Tree of Life are symbolic of the branching of species, theorizing that all species can be traced back to a single source.  The t-shirt’s message “change” echoes the willingness of a species to adapt to its environment and flourish.