Don’t Hassle Me I’m Local What About Bob? t-shirt 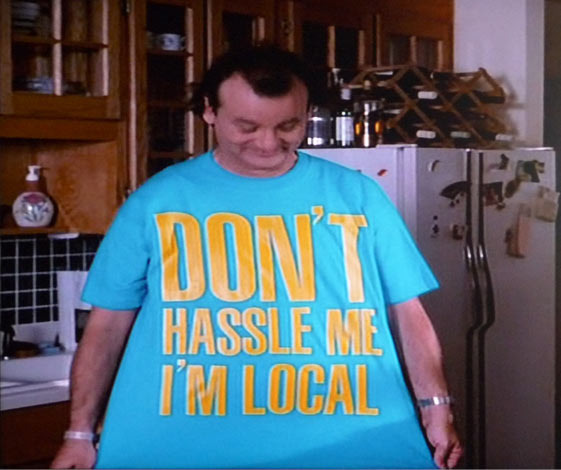 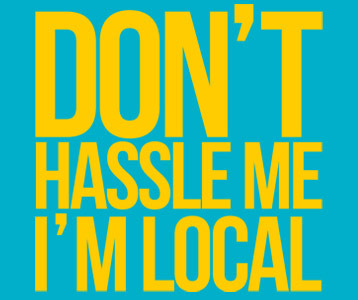 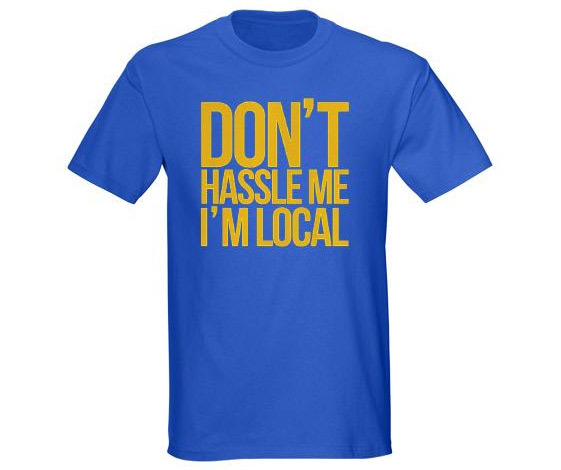 What comes to mind when I mention Lake Winnipesaukee?   Water?  Trees?  Boats?  Bob?  That’s right, the movie What About Bob? starring Bill Murray and Richard Dreyfuss was set there (although it was actually filmed on Smith Mountain Lake in Virginia).  This Don’t Hassle Me I’m Local shirt is like the one Bob Wiley wore on his vacation from his problems that his psychiatrist, Dr. Leo Marvin, prescribed for him.  If you need a little break from your problems, this tee might be the first baby step to take. This What About Bob? t-shirt celebrates the 1991 movie that gave Bill Murray fans another hit comedy to add to their list of favorites.  Viewers follow a phobia ridden man named Bob Wiley as he tracks down his new doctor, Dr. Leo Marvin, at his vacation home on Lake Winnipesaukee in New Hampshire.  Leo tries to send Bob home by prescribing him a “vacation from my problems”.  It seems to have worked until Bob decides to take a real vacation by staying up at the lake and becoming a local with this Don’t Hassle Me I’m Local t-shirt. While the rest of the Marvin family enjoys his company, the doctor can’t stand him and finds that Bob is driving him insane…literally.  Unfortunately for Leo, his worst nightmare comes true in the end and Bob becomes a part of the family by marrying his sister Lily.  Hopefully they all lived happily ever after.

This What About Bob? t-shirt was designed by Wayward Tees and discovered at TeePublic.