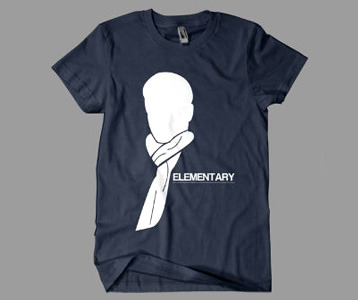 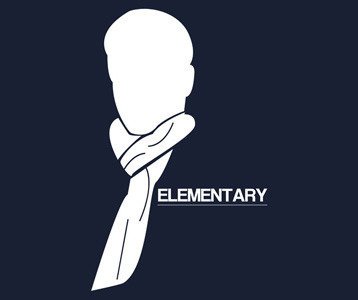 In the wake of personal and emotionally troubling events in Scotland Yard, Sherlock Holmes (Jonny Lee Miller) heads to New York City where he attends a rehab center in order to regain his sobriety.  While there, Dr. Joan Watson (Lucy Liu) is hired by Holmes’ father to make sure that he remains sober.  At the same time, Holmes utilizes his ingenuity by working as a consultant to the New York City Police Department.  This CBS Sherlock Holmes Elementary t-shirt displays a silhouette of the TV show character, who reluctantly begins to realize that Dr. Watson’s watchful eye may be exactly what he needs.  On a side note, you might remember Sherlock Holmes actor Jonny Lee Miller from his roles in films like Trainspotting or on the TV show Eli Stone.  You may also recall that he was briefly married to Angelina Jolie in the nineties after meeting on the set of Hackers.  Let this Elementary TV show shirt be a reminder to always pay attention to the details, or else you’ll find that life will remain a bit of a mystery.