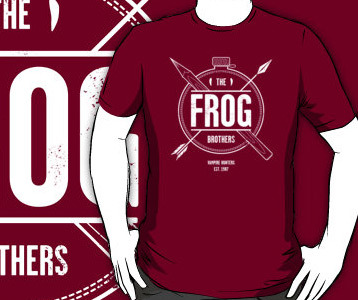 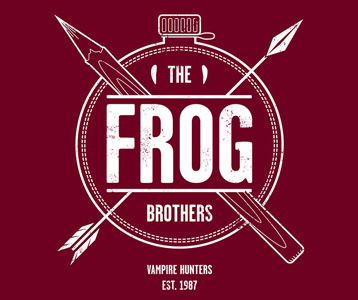 If you have a vampire problem and you don’t know who to turn to, Edgar and Alan Frog (Corey Feldman and Jamison Newlander), aka The Frog Brothers, may be able to help.  Such is the case with Sam Emerson in the movie The Lost Boys, who discovers that a local gang has turned his brother Michael into a vampire.  Led by David (Kiefer Sutherland), the gang terrorizes the fictional town of Santa Clara, California, preying on its citizens for blood and new recruits.  This Frog Brothers t-shirt celebrates the pair of brothers who use horror comics to teach Sam about the vampire plague that is slowly consuming the town.  Wear it to help spread the word about this skilled pair of vampire hunters.