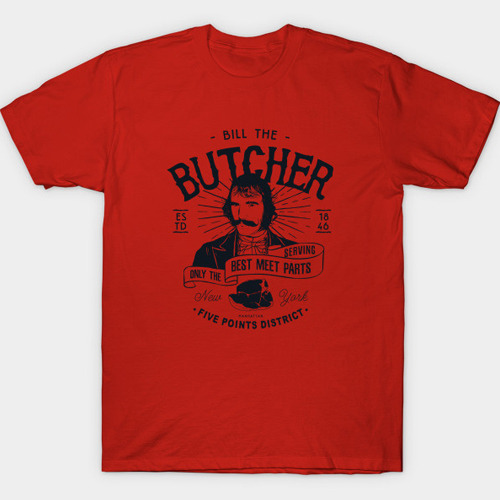 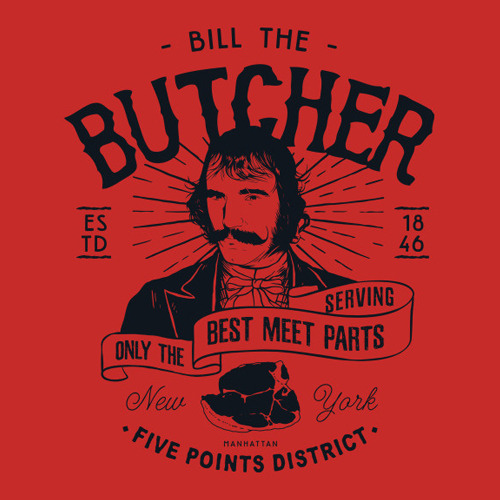 Martin Scorsese’s Gangs of New York tells the story of how various immigrant ethnic groups gave birth to the New York City that we have come to know.  The movie focuses on the Five Points district of New York City and the feud between the Natives and the recently arrived Irish Catholic Immigrants.  This Gangs of New York t-shirt features Bill “The Butcher” Cutting (Daniel Day-Lewis), the ruthless leader of the gang representing the Natives, who squares off against Amsterdam Vallon (Leonardo DiCaprio), the son of the former leader of the Irish gang the Dead Rabbits, who had been slain by Bill when Amsterdam was a young boy.  This Bill the Butcher shirt celebrates the movie’s most memorable character who is very handy with knives.  Surely you remember the unforgettable scene in which he taps his glass eye with the blade of his knife.