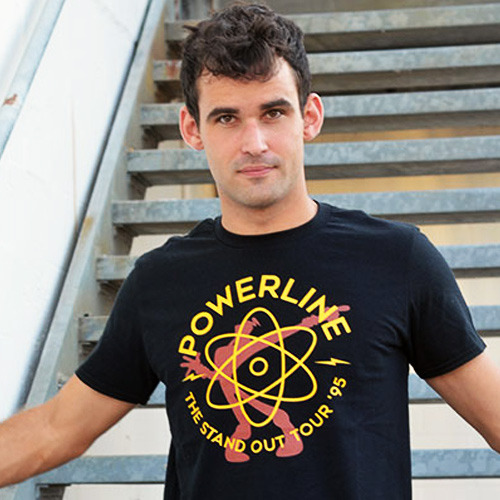 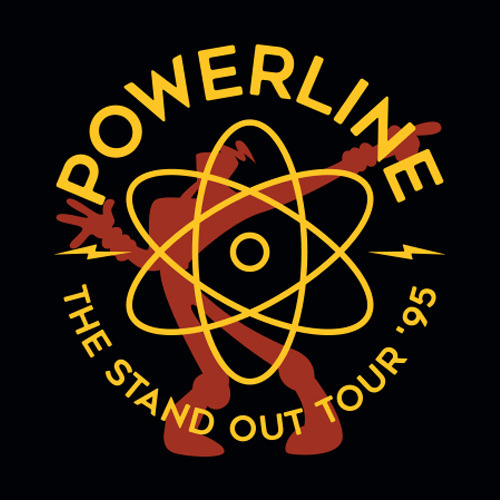 The character known as Powerline is a fictional pop star from 1995's A Goofy Movie. He was voiced by real-life pop star Tevin Campbell and was supposed to be a mixture of Michael Jackson and Prince. This Powerline Tour shirt celebrates the artist who Max Goof and his friends are obsessed with in the film. Apparently, Powerline was originally supposed to be voiced by Bobby Brown, but due to the trouble he was in at the time, the studio opted for a safer choice in Campbell.

This A Goofy Movie t-shirt was discovered at SnorgTees.