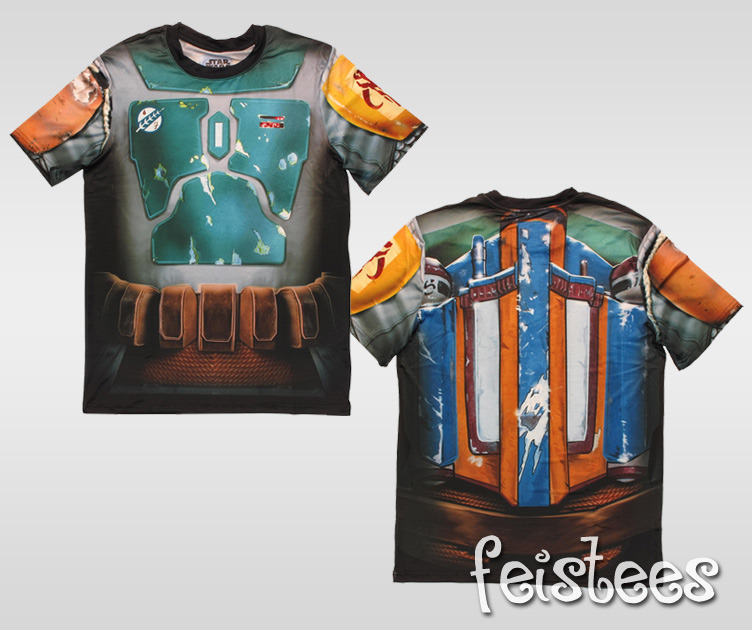 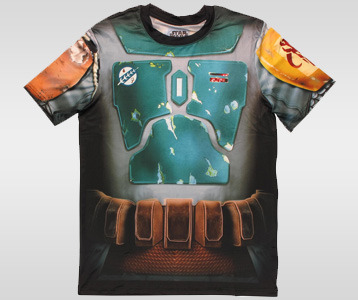 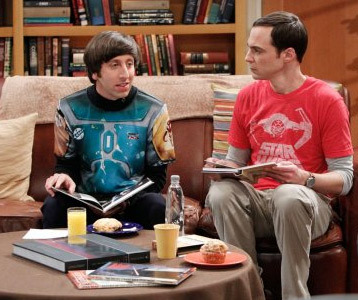 Wanna get your hands on Howard Wolowitz's Boba Fett t-shirt from The Big Bang Theory Star Wars Day episode? The title of the episode is actually "The Proton Transmogrification" and is set to coincide with the May 4th celebration of annual Star Wars Day. It features the gang getting together to celebrate the geek holiday, with recurring guest star Bob Newhart acting as Sheldon's Jedi master of sorts. Howard's Boba Fett costume t-shirt is perhaps the most eye-catching of the Star Wars t-shirts worn by the gang during the episode. In order to create The Big Bang Theory "Proton Transmogrification" episode, technicians from Lucasfilm's Industrial Light & Magic special effects house were called upon to help re-create the swamp world of Dagobah, which was Yoda's refuge during his exile. Howard's Boba Fett shirt is an excellent choice whether you celebrate Star Wars Day or not. May the fourth be with you.

This t-shirt was discovered at StylinOnline.