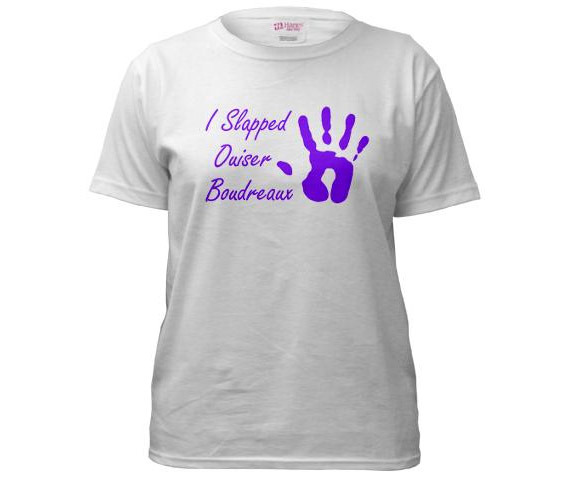 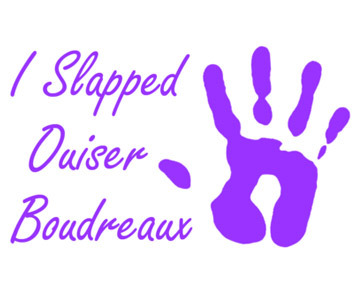 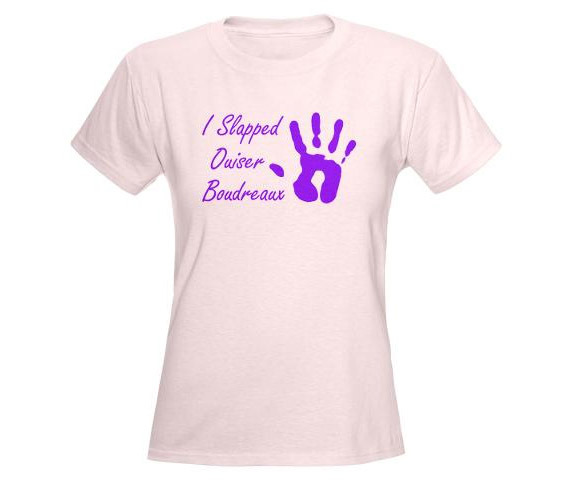 The movie Steel Magnolias is one of the few films that can bring me to tears every single time I watch it.  Fellow enthusiasts often have a fondness for the funeral scene when M’Lynn falls apart, realizing that her hair looks like a brown football helmet just as Shelby had described.  Clairee recognizes her distress and offers up Ouiser, exclaiming, “We’ll sell t-shirts that say, ‘I slapped Ouiser Boudreaux.’”  Well, now you can have one because somebody made that Steel Magnolias tee!

This 1989 hit got its start a few years earlier as a play written by Robert Harling.  After losing his diabetic sister, he took to writing as a form of self-therapy and this tearjerker we adore is the end result.   The all-star cast includes Julia Roberts as a diabetic young lady named Shelby, her protective mother M’Lynn played by Sally Field, salon owner Truvy (Dolly Parton), her shy assistant Annelle (Daryl Hannah), rich gossiper Clairee Belcher (Olympia Dukakis) and of course the outspoken Ouiser (Shirley MacLaine).  These Southern women may seem like delicate flowers, but they are tough as nails and it shows in how they handle Shelby’s life, as well as her death.  This I Slapped Ouiser Boudreaux shirt will remind you that you can get through anything as long as you have true friends by your side.  After all, not many people would offer up one of their own to take a beating.  I guess sometimes laughter is the only cure.  This Steel Magnolias t-shirt is a great way to reinforce that notion, while at the same time showing your love for the movie.