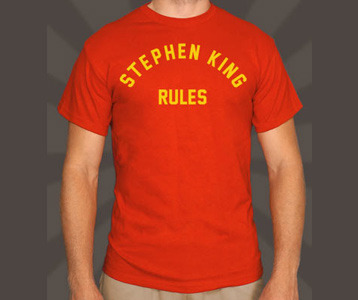 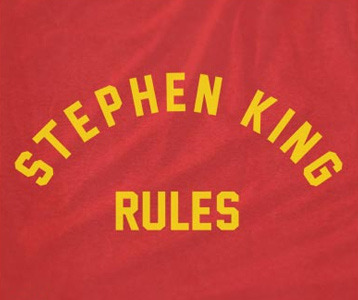 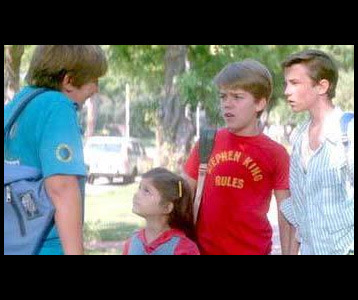 Whether you’re a fan of horror author Stephen King or the horror comedy movie Monster Squad, this shirt is a simple and fitting tribute to both.  Sean, the main character in the movie, wears the Stephen King Rules shirt as he and his friends battle classic movie monsters who have returned to take over the world.  These creatures include Count Dracula, the Wolfman, a mummy, a gilled amphibious creature and Frankenstein’s monster.  In order to cast the beasts back into limbo, the Monster Squad must find an amulet and read an incantation from Van Helsing’s Diary.  The only problem is that Count Dracula is also after the amulet.  Wear this Monster Squad t-shirt to let everyone know that you helped to save the Earth from a gang of classic movie monsters, or simply wear it to show your admiration for legendary horror writer Stephen King, who undoubtedly rules.

This t-shirt was discovered at TShirtBordello.