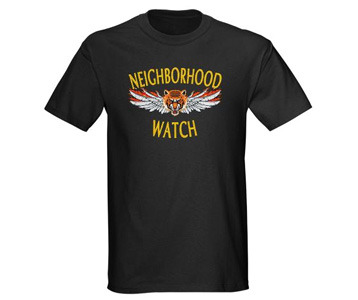 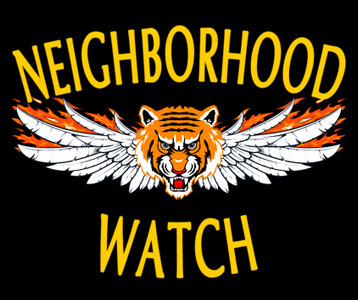 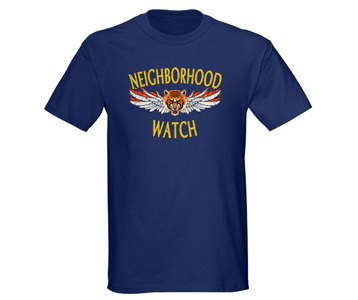 In the tradition of classic science fiction comedies like Ghostbusters, Neighborhood Watch finds a group of four guys, Evan Trautwig (Ben Stiller), Bob Finnerty (Vince Vaughn), Jamarcus (Richard Ayoade) and Bob’s sidekick (Jonah Hill), coming together to take on an evil that could destroy the entire world.  This t-shirt features a nearly identical design to the logo that is on the backs of their Neighborhood Watch jackets in the movie.  Initially, Stiller’s character forms the group after a friend of his is murdered.  The rest of the guys in part see it as an opportunity to escape their families for a little while.  Bob Finnerty also uses the group as a way to spy on his teenage daughter.  If you’re ready to help the guys keep an eye out for crime and save the world from an alien plot in the process, then this Neighborhood Watch shirt will show them that you’re ready to be part of the team.