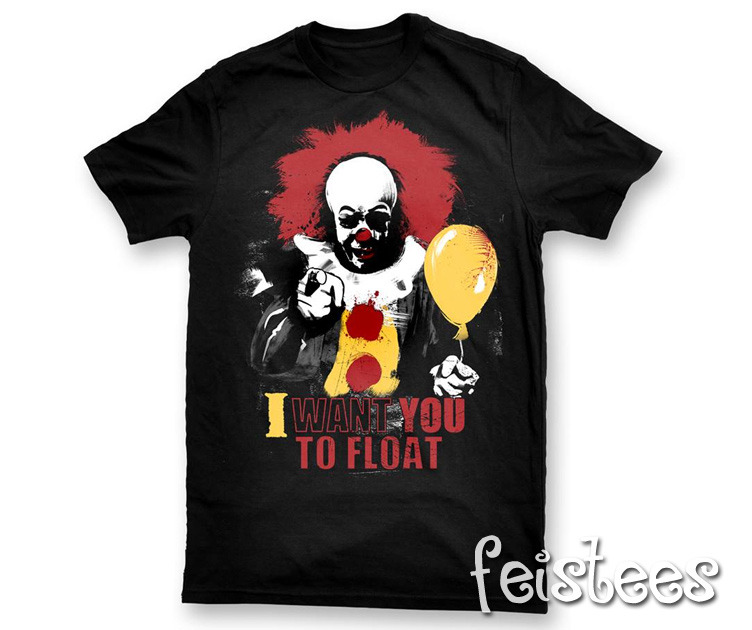 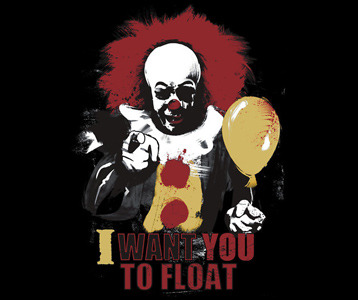 Float on in this Stephen King IT Pennywise the Clown shirt. It features the novel's terrifying antagonist, Pennywise, who the kids in the movie refer to as "It". The movie itself deals with larger societal themes, including child abuse. The clown represents what children often see in such situations, a character that is welcoming at first but terrifying and deadly in the end. If you're a fan of the Stephen King novel IT, or you're simply scared of clowns, this Pennywise t-shirt just might make you want to avoid the circus for a while.