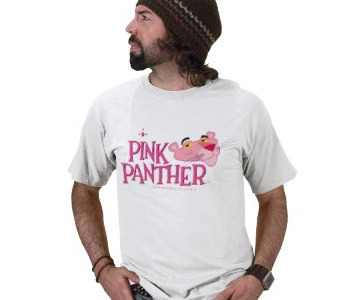 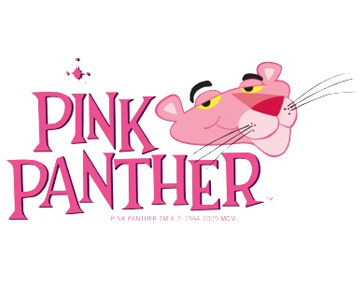 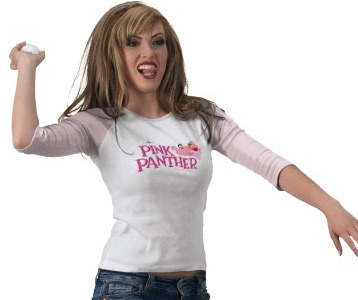 What is the pink panther?  Is it a big pink diamond or a yellow-eyed pink feline?  Whichever answer you thought was correct, you are right!  It was a trick question.  These Pink Panther t-shirt and clothing options feature the lovable cartoon character that was first seen in short introductory segments and films that aired before the feature-length, live-action movies of the same name.  Now you don’t need Jacques Clouseau to help you find the missing tee of your dreams.  It’s right here in front of you.

In 1963, The Pink Panther movie was released into theaters.  It was at this time that the cotton candy hued cat made his debut.  He starred in the introduction of the film and became a staple from that point on.  Paired with the renowned theme song that any adult can hum by heart, he began popping up more often in random shorts and eventually landed himself a number of TV shows and a comic strip.  The notoriously inquisitive cat, seen here on this t-shirt and available on other Pink Panther clothing, has also been used for a variety of charitable organizations including cancer awareness.

If you wish that he would start popping up more often, then make it happen yourself.  Snatch a Pink Panther shirt before they disappear from under your nose, so people will see him everywhere you go.  Think pink... :::wink:::