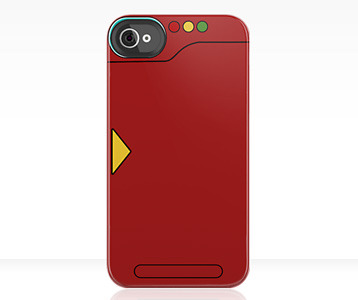 Anime enthusiasts gather ‘round because this Pokedex iPhone Case is for you.  As you know, this design was modeled after the original red Kanto version from the Generation I games and is used like an electronic encyclopedia to identify Pokemon species.  The handy gadget was created by Professor Samuel Oak and contains the information on the 151 varieties, from Bulbasaur to Mew, that live in the Kanto region.  Each creature had general data listed as well as a sound clip of their cry and a locator tool.  The Pokedex iPhone cover lets fans take the fun with them on the run.