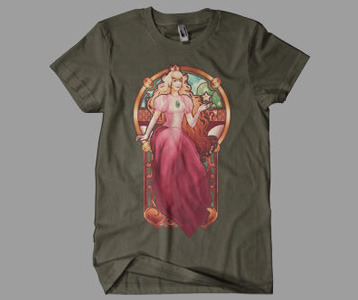 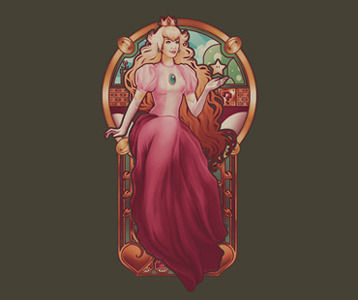 Named Princess Toadstool in English translations of the early games, Princess Peach is the princess of Mushroom Kingdom, a fictional land that is constantly threatened by the villain Bowser and his henchmen, the turtle-like Koopa Troopas.  This Princess Peach t-shirt is an art nouveau style tribute to gaming's favorite damsel in distress, who has appeared in almost all of the Mario releases to date.  On an interesting side-note, if you're wondering why she was not included as a playable character in New Super Mario Bros. Wii, it's because doing so would have required special programming in order to handle the movement of her dress.