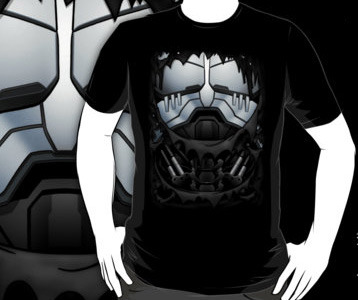 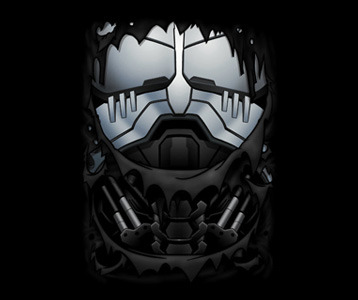 This RoboCop shirt will allow you to pretend you are Alex Murphy, defender of Detroit. Whether you are a fan of Paul Verhoeven's 1987 sci-fi classic, or you were first introduced to RoboCop via the 2014 remake starring Joel Kinnaman, this costume t-shirt is an ode to the original superhuman cyborg officer of the law. If you recall, Alex Murphy (Peter Weller) is brutally gunned down by a gang in what was one of the most violent scenes in '80s action movies (it was originally given an X rating by the MPAA until director Verhoeven toned down several violent scenes). In the film, Murphy's bullet-riddled body is chosen for the Robocop program. Wear this RoboCop costume shirt to let others know that you have been chosen for the program as well. Also, if you want to go somewhere but your friends don't, this costume t-shirt gives you the perfect excuse to use the movie quote, "Dead or alive, you're coming with me."

This t-shirt was discovered at NeatoShop.