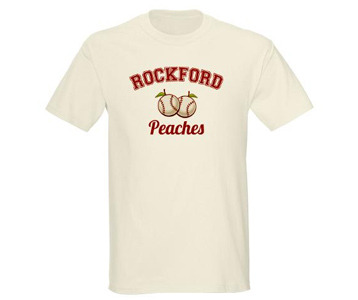 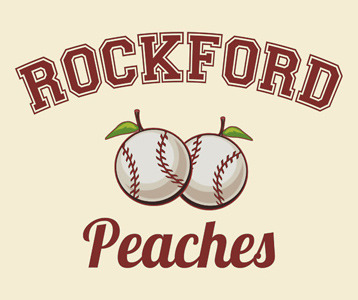 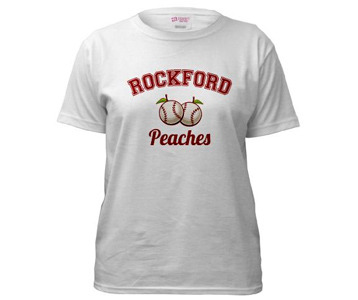 “There’s no crying in baseball!”  If you’ve seen the Tom Hanks movie, then you’re surely familiar with the quote that he delivers as Jimmy Dugan, the coach of the All-American Girls Professional Baseball team the Rockford Peaches.  This A League of Their Own t-shirt displays a creative logo for the team that features the likes of Dottie Hinson (Geena Davis), Kit Keller (Lori Petty) and Mae Mordabito (Madonna).  The movie is based on an actual league that existed during the Second World War when the male players went overseas to fight.  The success of the league allowed it to continue to exist even after the professional male baseball players returned home, with it eventually disbanding in 1954.  Wear this Rockford Peaches shirt to represent the women who gave the country a reason to cheer during a time when freedom was in peril.