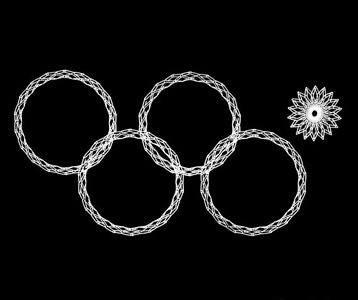 Hours before the Sochi Opening Ceremony was being watched by most of the world, news had already broke that one of the Olympic Rings failed to take shape as the ceremony unfolded live in Russia. The little-snowflakes-that-could all transformed into Olympic Rings, except for one. Like the little piggy who got none, the fifth snowflake didn't get to become a ring. This Sochi Olympic Rings t-shirt displays the FAIL that quickly went viral around the world. During an Olympics that had already seen its fair share of issues before the events began, an Opening Ceremony glitch was not a reassuring sign. Wear this Sochi Opening Ceremony Fail shirt to share the ridiculous yet somewhat funny moment with others.

This t-shirt was discovered at Redbubble.