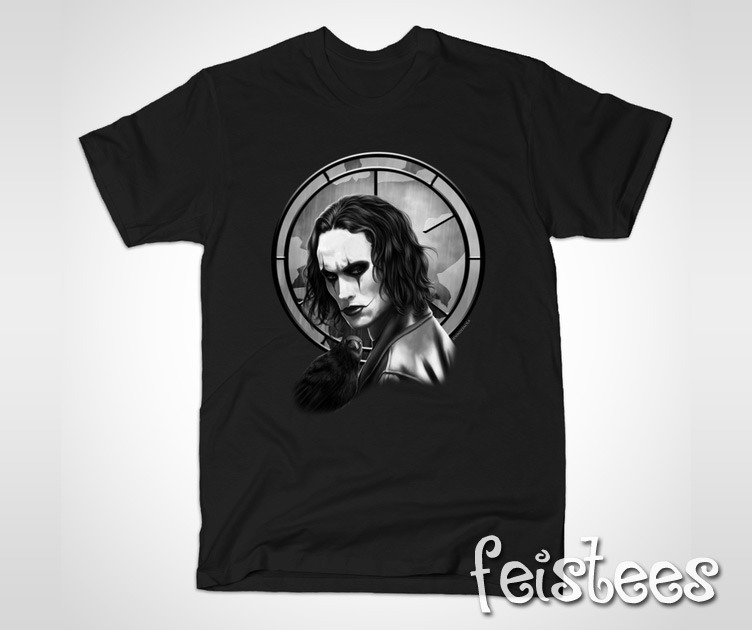 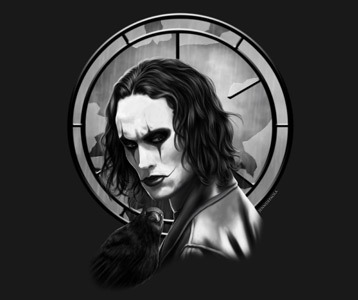 Back in tenth grade, action movies were a huge part of my movie-going life. After all, I was a sixteen-year-old male who had grown up on the likes of Arnold Schwarzenegger, Sylvester Stallone, Jean-Claude Van Damme and Steven Seagal. This The Crow t-shirt features the then next logical step in the succession of action movie stars, Brandon Lee. As the son of legendary martial artist and film star Bruce Lee, Brandon was on the rise in Hollywood, first finding moderate success in films like Showdown in Little Tokyo (1991) opposite Dolph Lundgren and Rapid Fire (1992). This Brandon Lee t-shirt displays him as Eric Draven, his character from the 1994 cult classic The Crow. The movie t-shirt hits home, especially since I wore the makeup for several Halloweens. I'm usually not shocked by most celebrity deaths, but Brandon's passing on the set of The Crow was an exception. It's cool to see artists paying tribute to the fallen star and the legendary movie character.