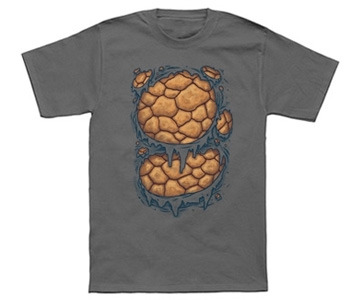 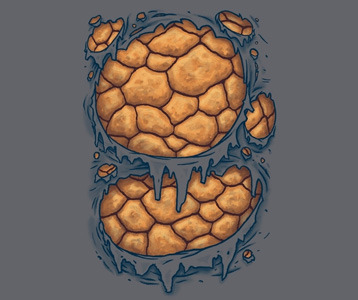 Created by legendary comic book writer Stan Lee and artist Jack Kirby, The Thing is a member of the superhero team known as the Fantastic Four. Like the three other members of the team, The Thing gained his superhuman powers after being exposed to radiation during a space flight. The Thing Costume shirt displayed here showcases his orange rock-like skin that gives him enhanced durability. Born Ben Grimm, the reference to "Aunt Petunia" in the t-shirt's official title is a nod to the numerous remarks that Ben makes about her over the years. He describes her as his favorite aunt. If you like this superhero's toughness, then wear this Fantastic Four The Thing t-shirt to let others know that you have thick skin too.

This t-shirt was discovered at Neatoshop.