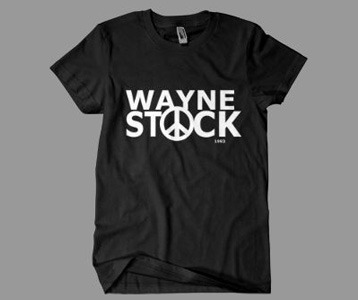 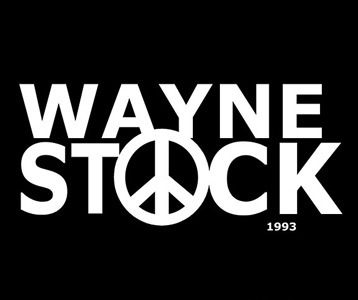 If Wayne Campbell hadn’t followed a weird naked Indian through the desert in his dreams, then you wouldn’t want a Waynestock t-shirt.  In the rocking 1993 movie Wayne’s World 2, Mike Myers and Dana Carvey spread their wings and showed just how far they have come since the original SNL sketch that inspired these well known comedies.  In the film, public access TV star Wayne (Myers) and his best buddy/co-host Garth Algar (Carvey) were able to create a rocking concert in Aurora, Illinois with major bands like Aerosmith, Van Halen and Pearl Jam.  Now you can commemorate their accomplishment with a Waynestock shirt.  This is the tee to party on in!  Excellent!

This t-shirt was discovered at FiveFingerTees.