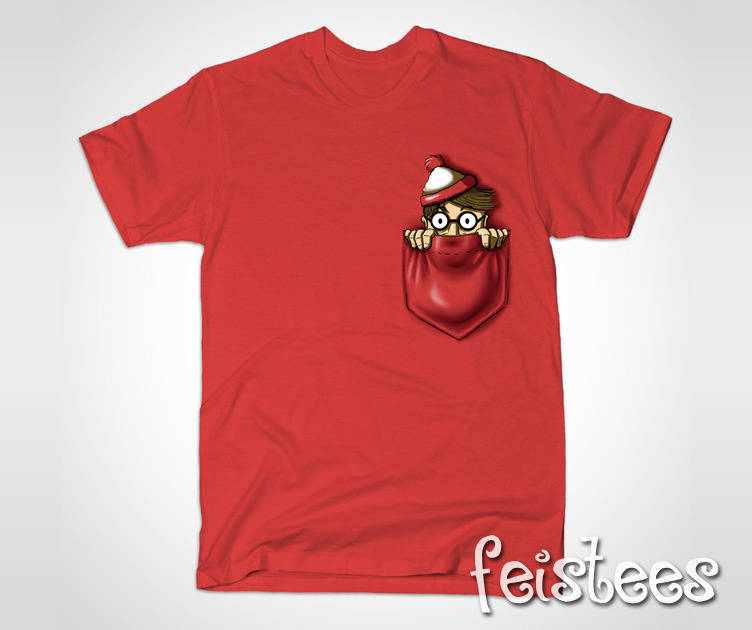 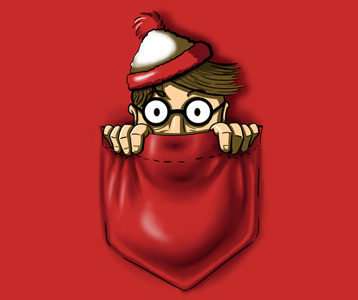 Tease others with this Where's Waldo t-shirt that reveals he's right under their nose, or yours to be more exact. Drawn by British illustrator Martin Handford, the first Where's Waldo? book debuted in 1987 in the United Kingdom as Where's Wally? The name was changed for the American versions, as well as versions released in other regions. Regardless, we're all familiar with the guy in glasses who has an affinity for large crowds and dresses in red and white. This Where's Waldo pocket t-shirt will have others congratulating themselves for spotting Waldo in your pocket. Now if only they were that good at spotting him in the books.

This t-shirt was discovered at TeeFury.